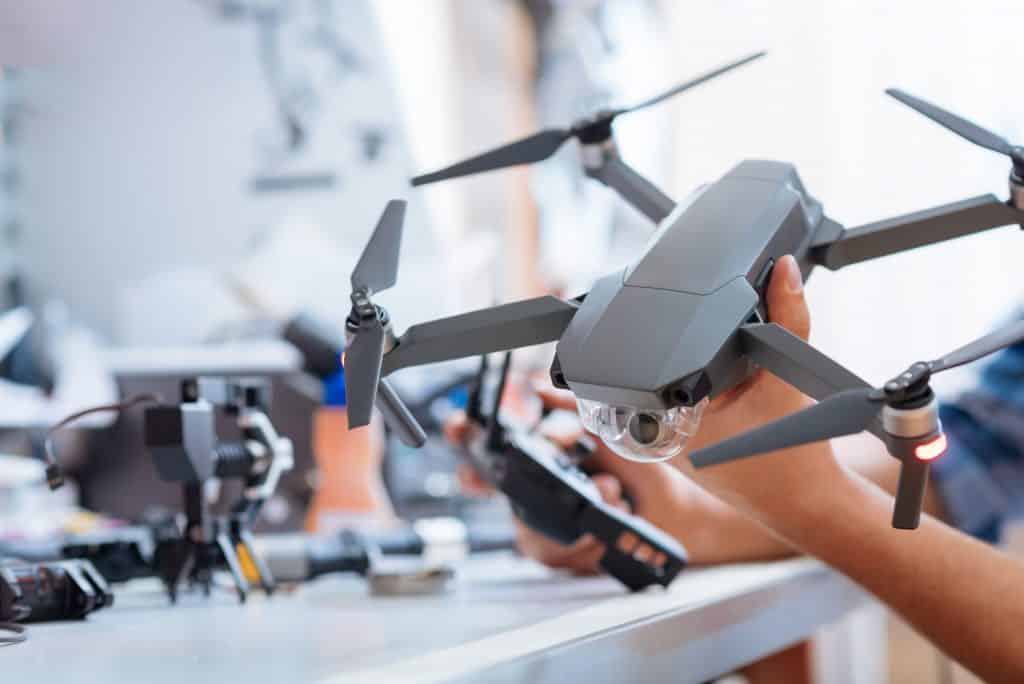 Within Ireland, the number of drones registered has more than doubled since the introduction of legislation four years ago. At the time in which the Small Unmanned Aircraft (Drones) and Rockets Order of December 2015 which governs the use of drones was introduced, only around 5,000 drones were in use. However, over the last four years, that number has risen to around 12,500. The Irish Aviation Authority have said that this is reflective of worldwide trends regarding the continuing upsurge in drone use.

However, with this upsurge comes with operators that are operating drones illegally. The Irish Aviation Authority have said they are clamping down on illegal operations, and pilots will be subject to the full rigours of the law. The authority commented:

“We engage with those who operate drones unsafely when it is brought to our attention. Any unauthorised use of an SUA may be referred to An Garda Síochána [the police service of the Republic of Ireland] for investigation. Each case is dealt with on an individual basis and evaluated for potential impact on safety. Penalties for the illegal operation of drones are entirely a matter for the judiciary following prosecution”.

“The IAA proactively promotes the safe use of drones and has participated in a number of safety initiative across the State, including the No-Drone-Zone campaigns at both Cork and Dublin Airports, and participation in drone conferences and exhibitions. We strongly encourage people to take a drone user course, in order to help ensure that they operate their drone in a safe manner and in compliance with the regulations. Drones are popular because people love to see things at a new angle. For videos or photos, the public never had a way to capture events from that perspective before. But safety has to paramount when it comes to drone use no matter what setting it is in”.

Within Ireland, all drones weighing more than 1kg must be registered with IAA. The authority is responsible for ensuring that drones are used properly and in safe locations, and that they do not cause harm to people or property or interfere with aircraft of any type. If a person wishes to fly outside the limits prescribed, they must apply for specific operating permission from the IAA. Approximately 130 drone operators have been licensed with special permission to operate drones.

It is of high chance that by the end of this year that the new EU regulation will come into effect which stipulates the requirement for registration on drones over 250g. According to the European Union Aviation Safety Agency (EASA), the approach taken is to apply the highest safety standards achieved in manned aviation to drones as well. The rules are based on an assessment of the risk of operation and strike a balance between the obligations of drone manufacturers and operators in terms of safety, respect for privacy, the environment, protection against noise, and security.

The new regulations will ensure that drone operators, whether they are recreational or commercial pilots, will have a clear understanding of what is legal. The regulations will cover each operation type from those not requiring prior permission, to those involving certified aircraft and operators, as well as minimum remote pilot training requirements.

The specific restrictions include:

As a commercial operator within Europe, pilots are required to comply with the regulation EC785/2004. The regulation stipulates that pilots must have minimum levels of third-party insurance which includes public liability and aviation specific liability.

Here at Coverdrone, we have noted the upsurge of both commercial and recreational policies purchased over the last couple of years within Ireland. We are one of the very few organisations that can provide cover to pilots throughout Ireland.

If you require either a commercial or recreational drone insurance policy or would like to discuss anything that you have read within this article, please contact a member of the the team.