Win a VIP Ticket to the 2015 Commercial UAV Show 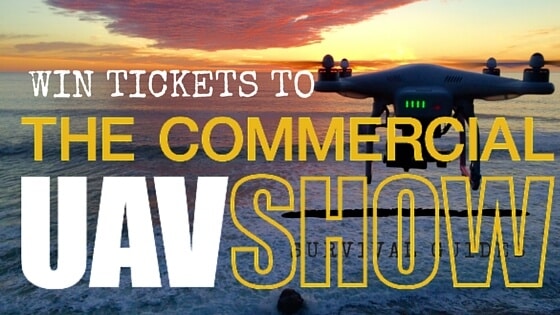 If you’re serious about your drone business then this is a fantastic prize to win.

To enter the competition simply email coverdrone@johnheath.com with your name and contact details along with the company name that holds the live Coverdrone policy.
All valid entries received by 10am on Tuesday 29th Sept 2015 will be entered into the draw and winners will be drawn at random and then notified by email and announced on our Coverdrone Twitter account.
Terms and conditions: